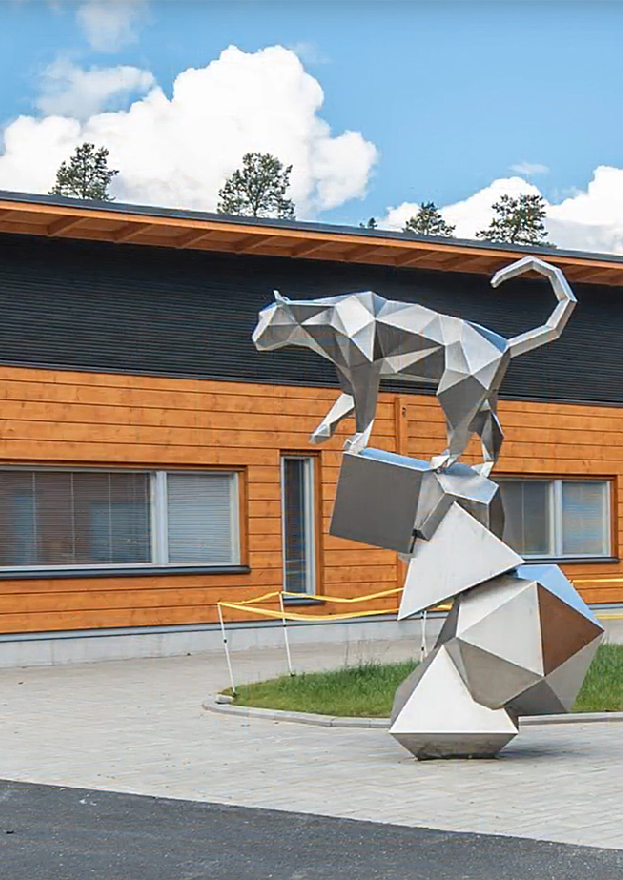 Over the decades, we have supplied thousands of log homes and other buildings to customers in Finland and across Europe. Our top-quality log solutions offer stability – something that you can pass on to future generations.

What kind of a log home would you like to build? The modern Pellopuu homes provide better living in urban and rural settings. Build a comfortable and ecological house that will take care of indoor air quality, naturally. Our structures are the most advanced in the industry – made with the best-quality sustainable timber from the north.

The most beautiful house in Gassel delivered by Pellopuu

"The delivered parts fitted perfectly, and the structure was assembled in a matter of weeks. All in all, we were very happy with the project", says Liesbeth Habraken.

In 2019, a new architecturally unique log house was completed in the village of Gassel in the Netherlands, close to the city of Grave. The gorgeous, contemporary and ecological log house was the joint creation of its owners Guus and Liesbeth Habraken and the architect Werner Evers. Pellopuu manufactured and delivered the entire pine log structure of the house, as well as all of the timber parts used for the floors, doors, windows and the special wooden exterior surfaces of the house.

The 120 square-metre house has two floors. The first floor consists of a single large space that combines living room, dining room and kitchen. On the second floor, there is a large and luxurious master bedroom with its own bath, a large guest bedroom, as well as a bathroom and a separate toilet in between the rooms.

“We wanted to build something special and use natural materials as much as possible. Another thing we valued was the quality of indoor air,” explains Liesbeth.

“Once we placed the order, the delivery and assembly were fast. The ready-to-assemble structures were delivered on site during the first week of July. The delivered parts fitted perfectly, and the structure was assembled in a matter of weeks. By mid-September the house was completely ready. It took only two months to build, from start to finish.”

“All in all, we were very happy with the project. People say we have the most beautiful house in the village. I think that is a nice compliment for a job well done,” says Liesbeth. Read more 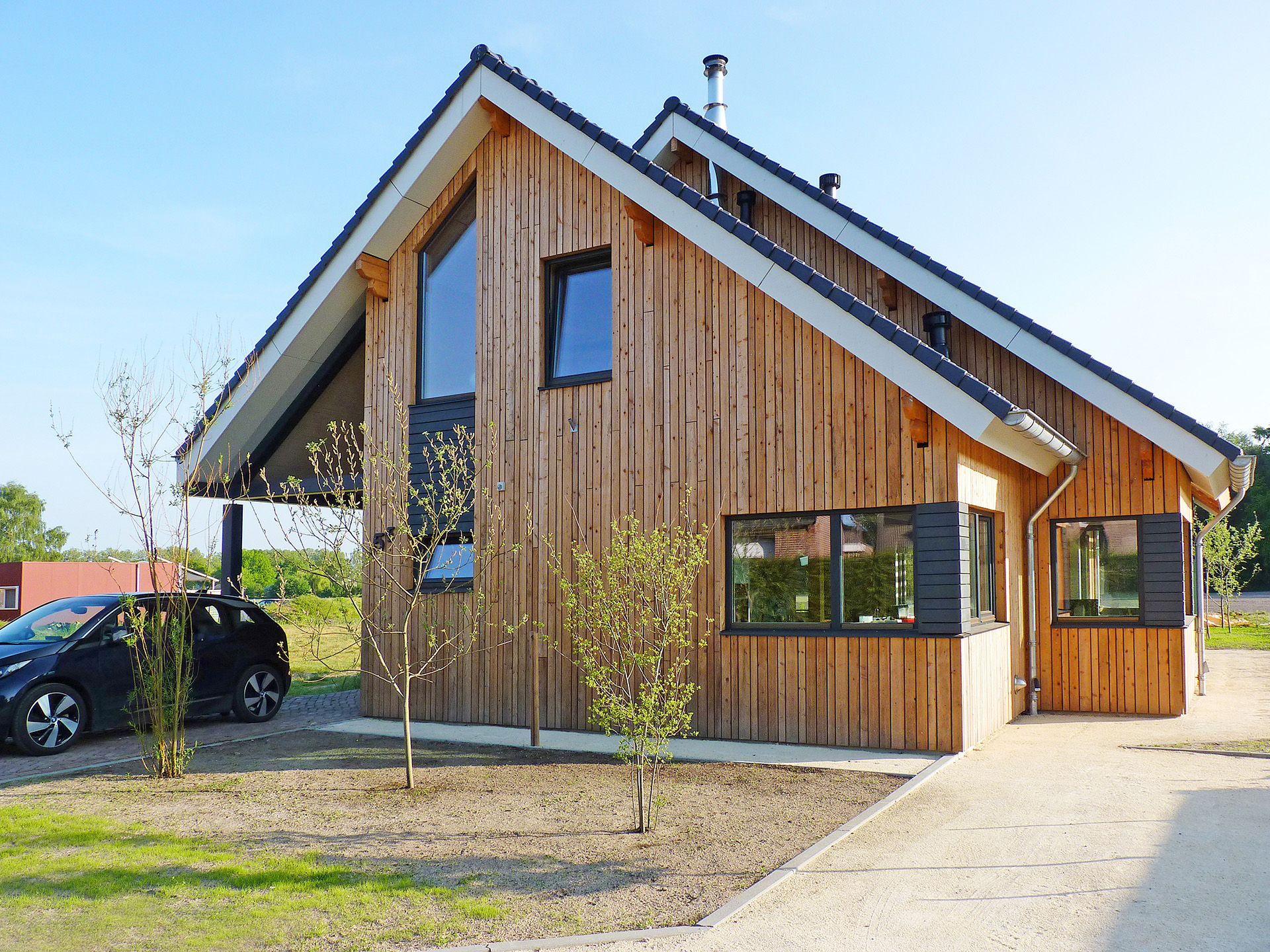 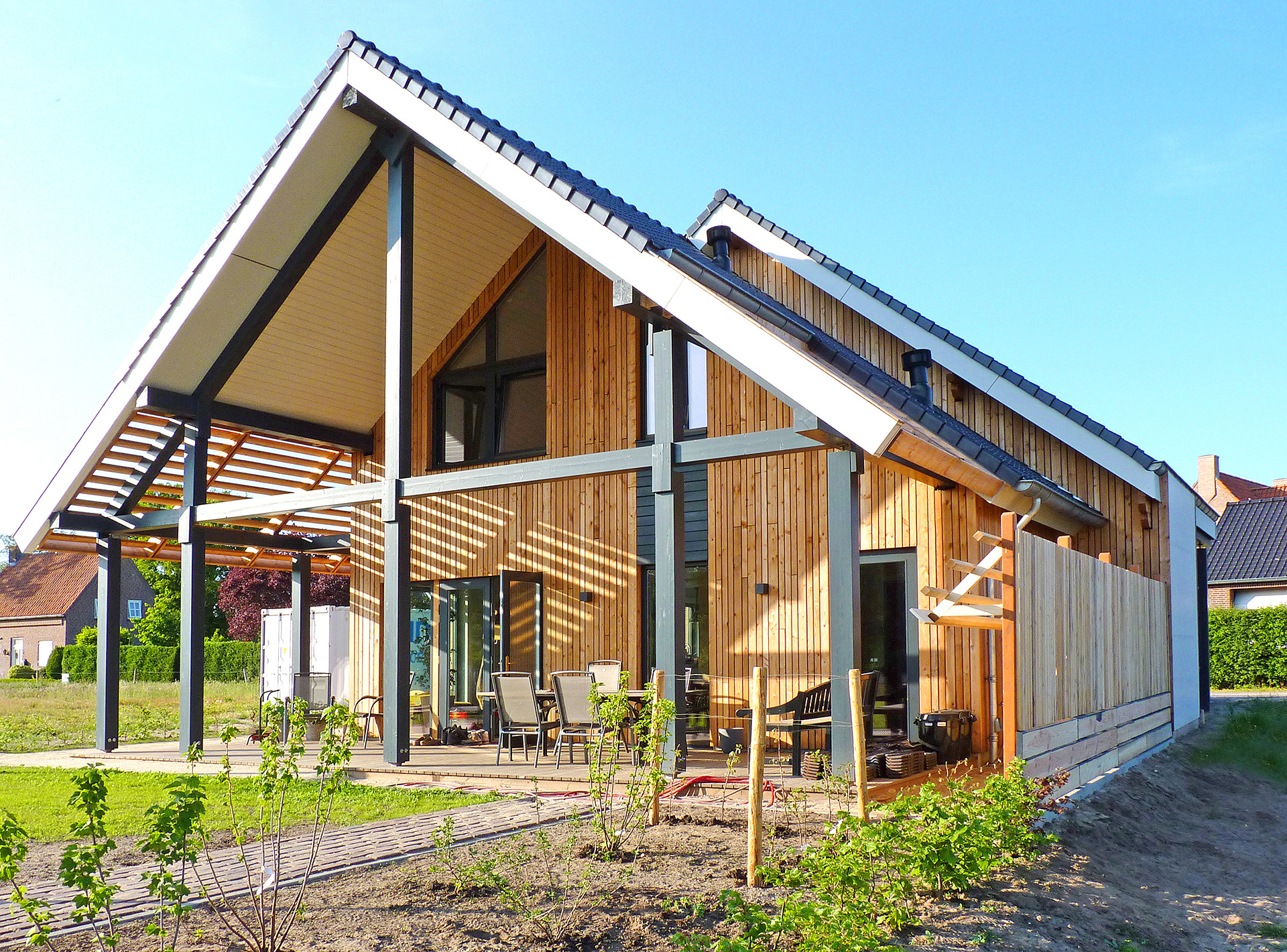 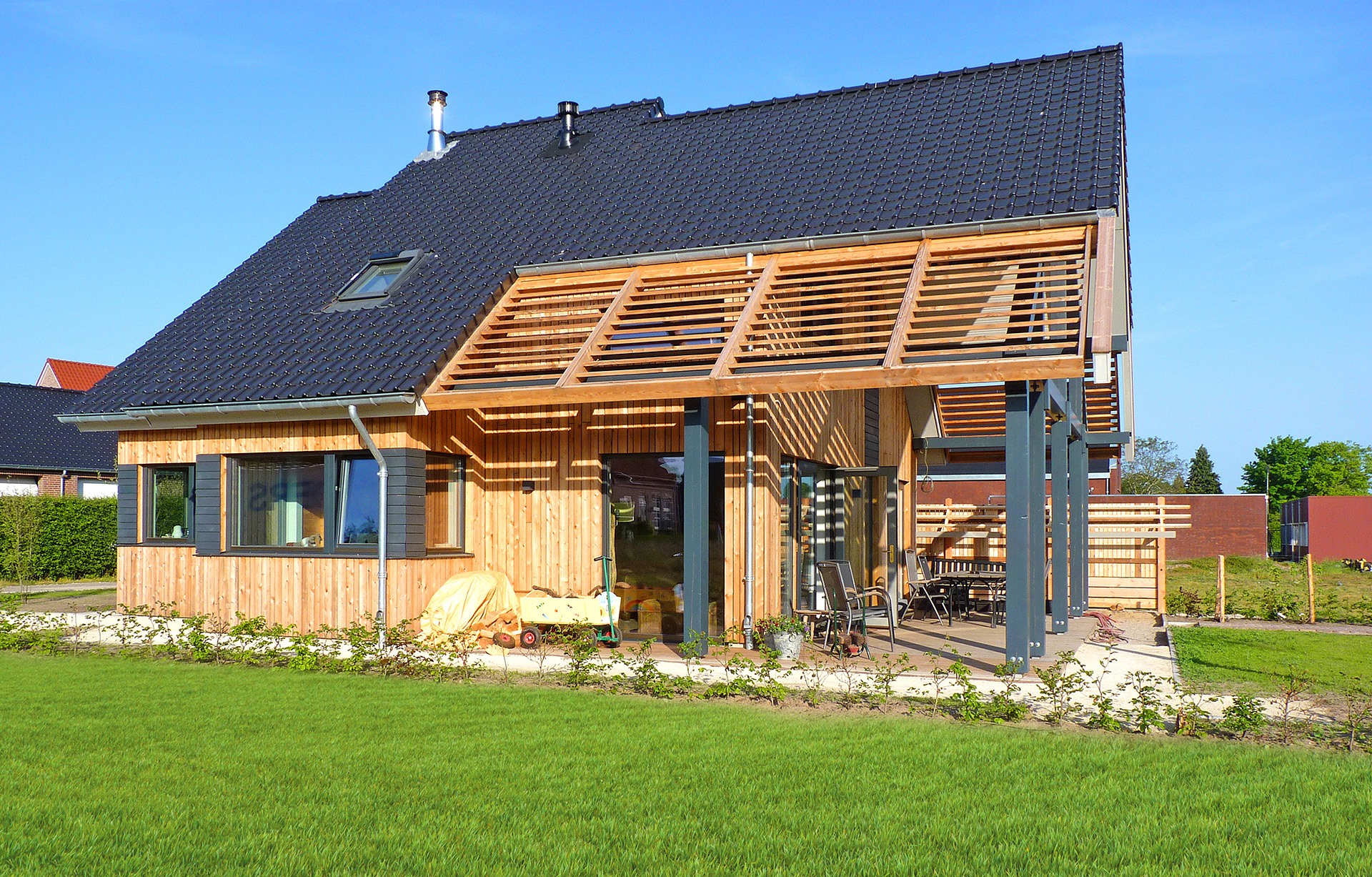 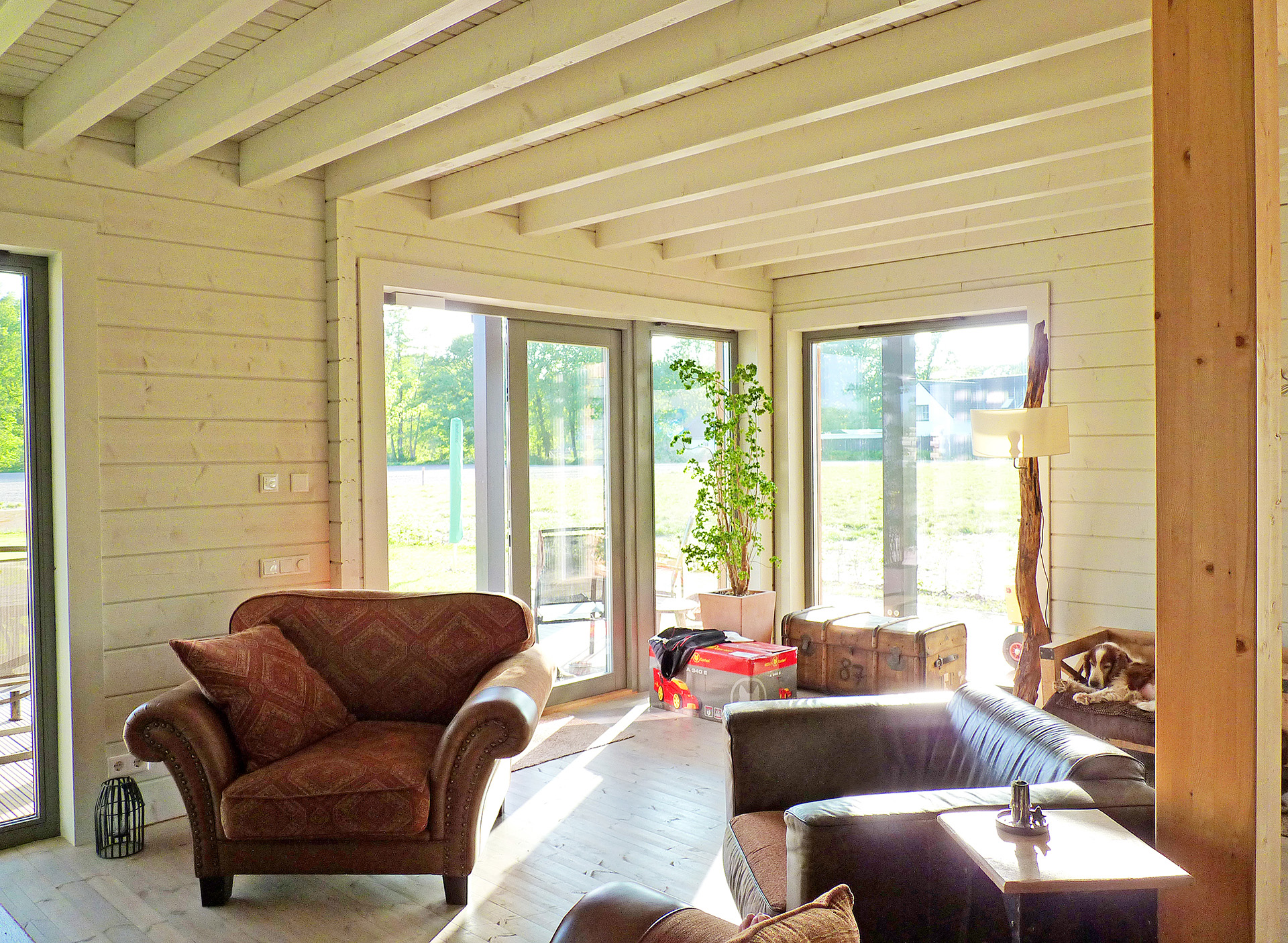 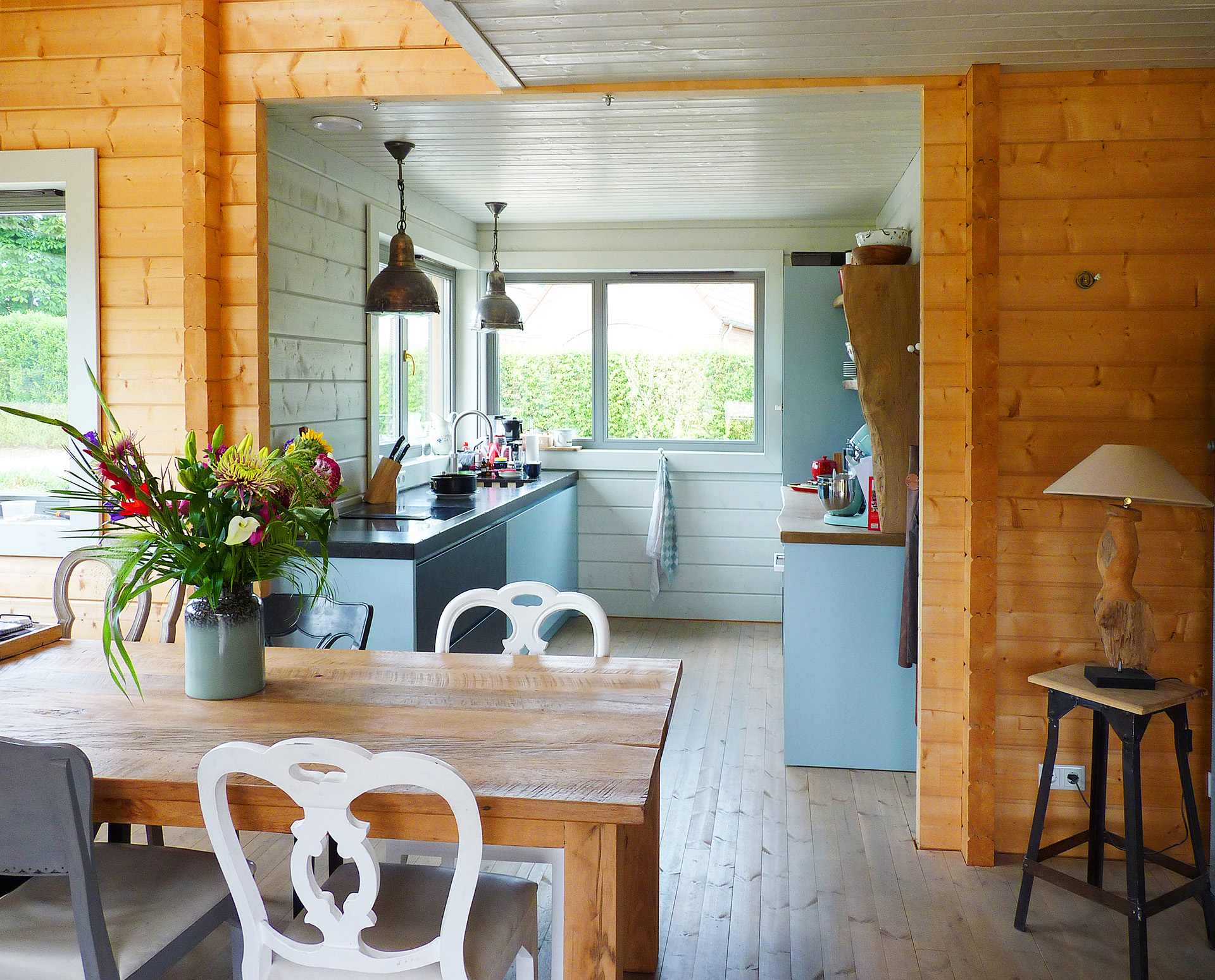 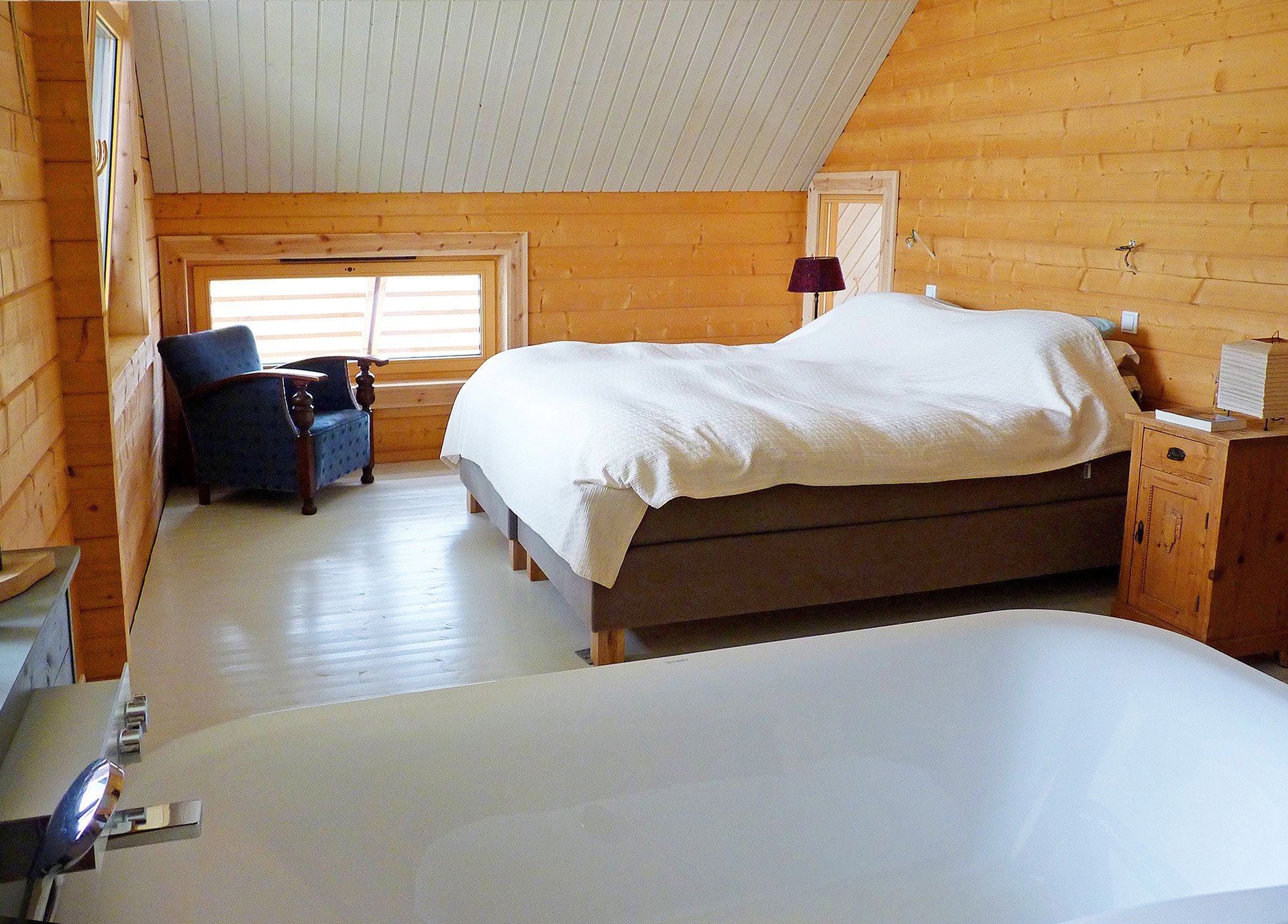 When the City of Iisalmi decided to build a new school, Kauppis-Heikki, they wanted the building to be welcoming, ecological and healthy in terms of indoor air quality. That is why they chose to build the school with the breathable and responsibly produced laminated logs from Pellopuu.

The new Kauppis-Heikki Primary School was built in Iisalmi to replace the old, demolished, red-brick school building completed in the 1960s. With a floor area of 2100 m2, the school offers basic education for 119 pupils and pre-primary education for 18 children.

Pellopuu supplied the log structures and our close partner Honkakartano erected the building. In total, 7,000 metres of laminated logs were used for the school building. QVIM Architects designed the modern log building.

The architectural design of the school building without cover strips and jambs is a magnificent example of the modern ways of using a log structure. The Kauppis-Heikki log school was opened during the autumn term in 2017 and both staff and pupils have been very happy with the building. 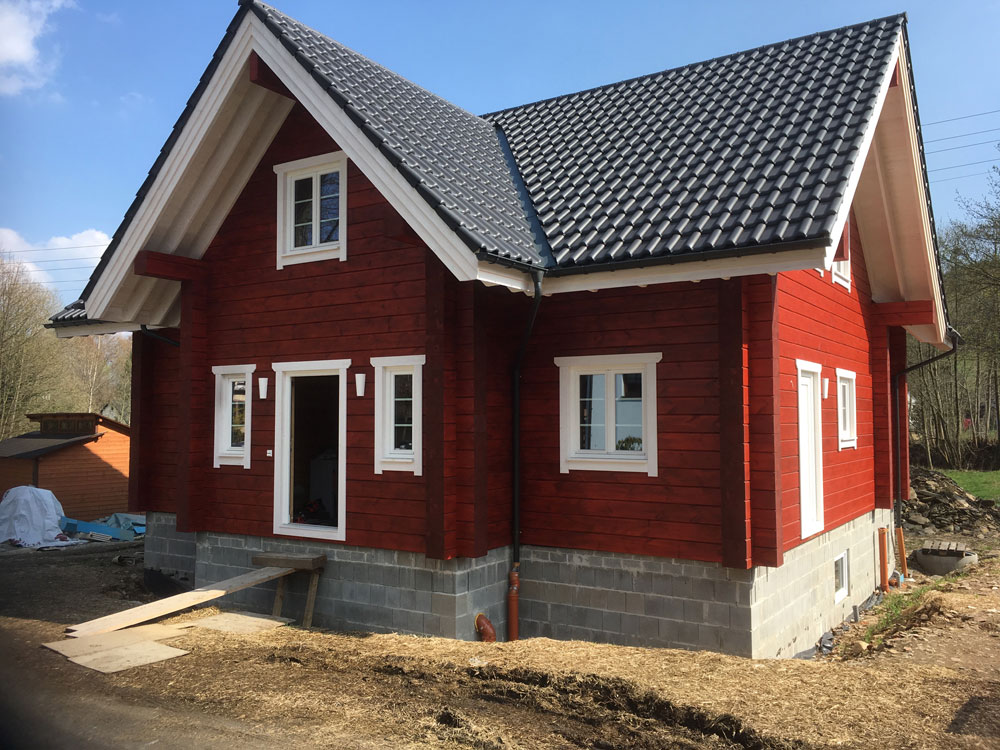 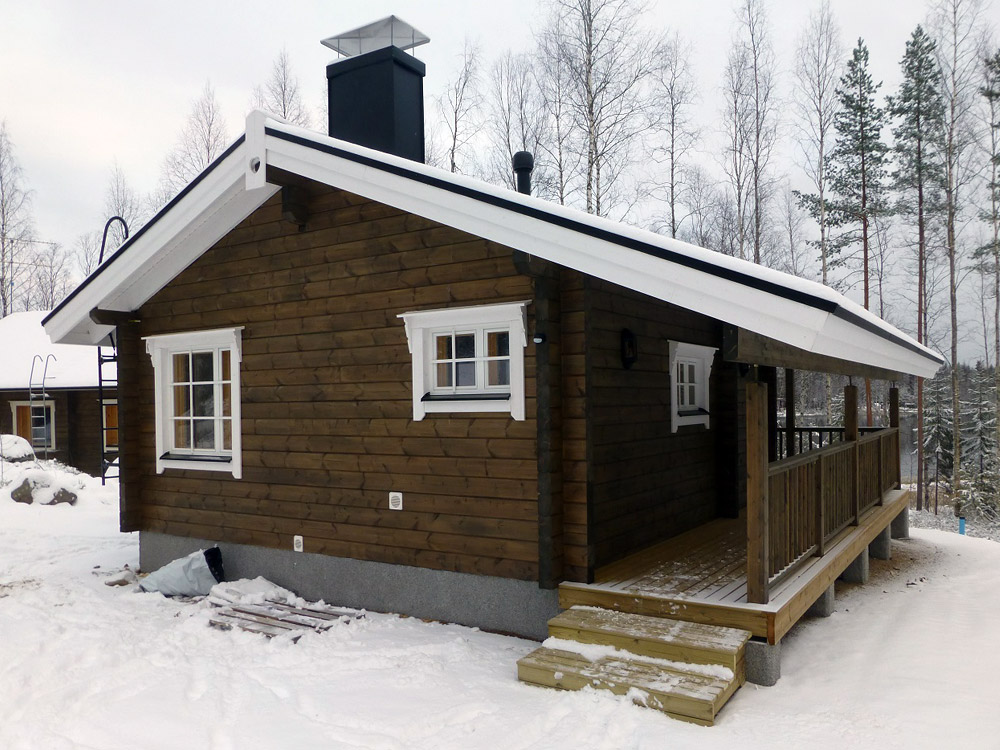 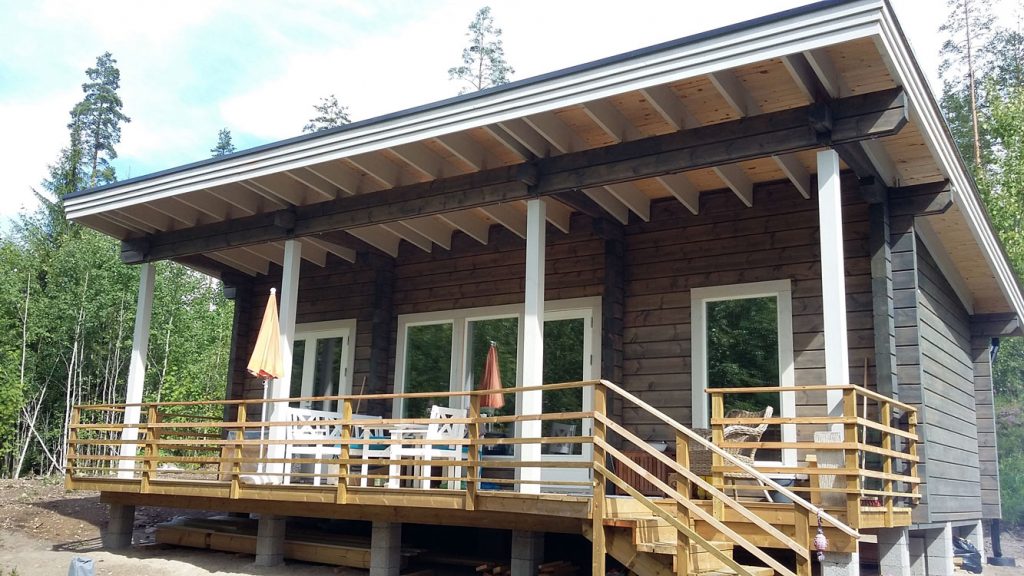 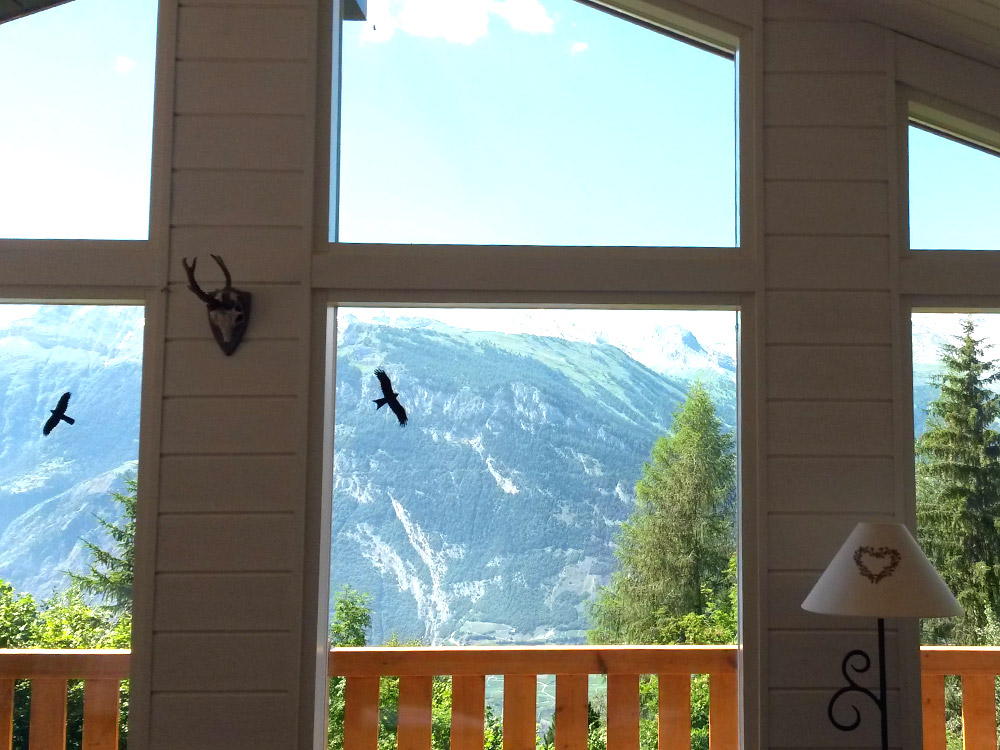 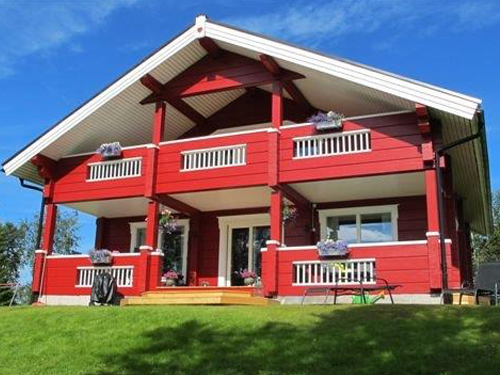 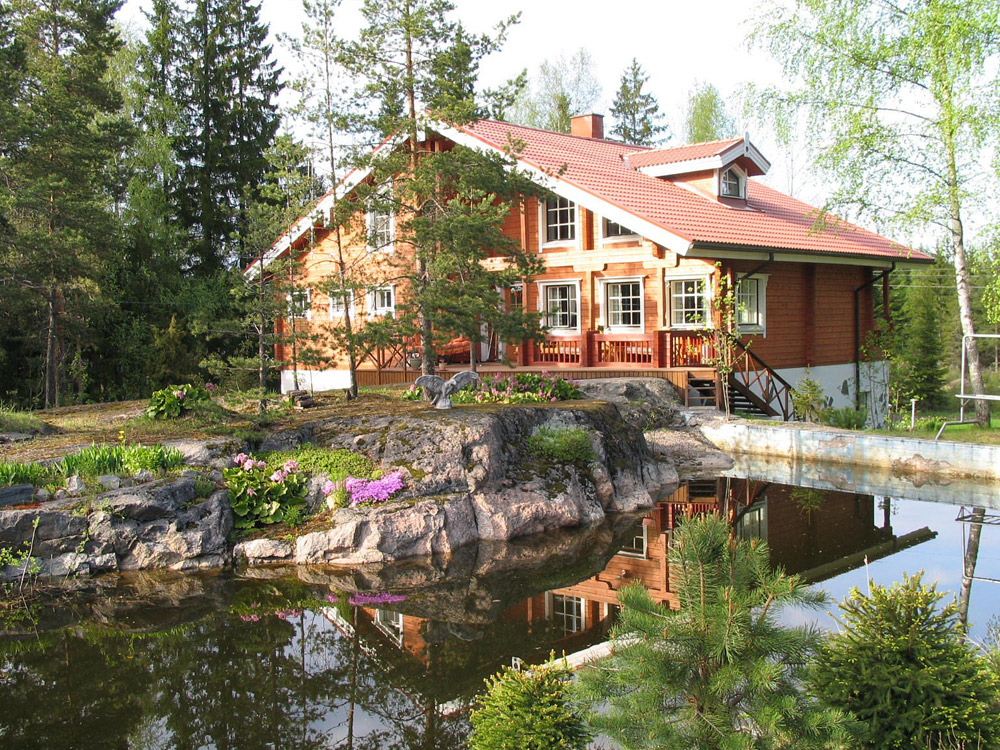 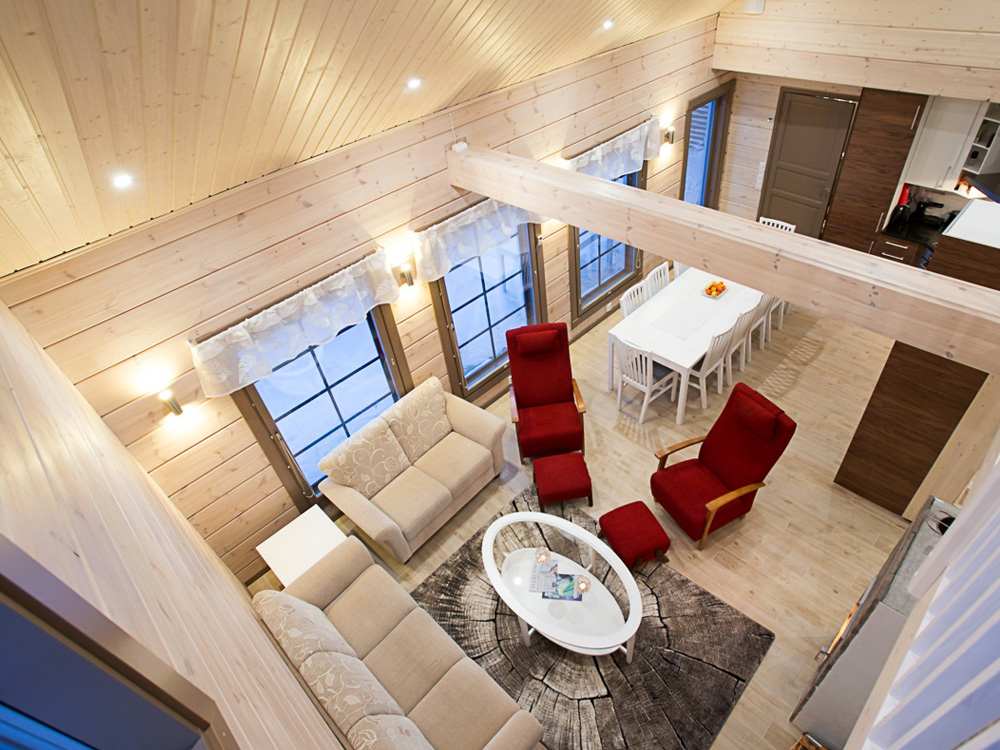 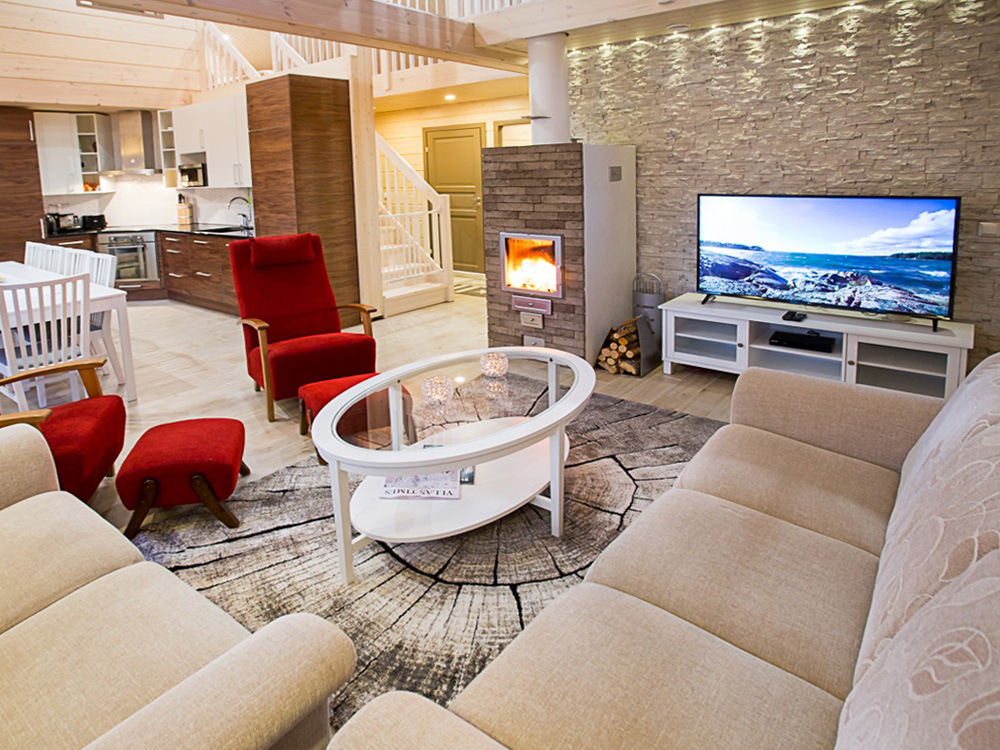 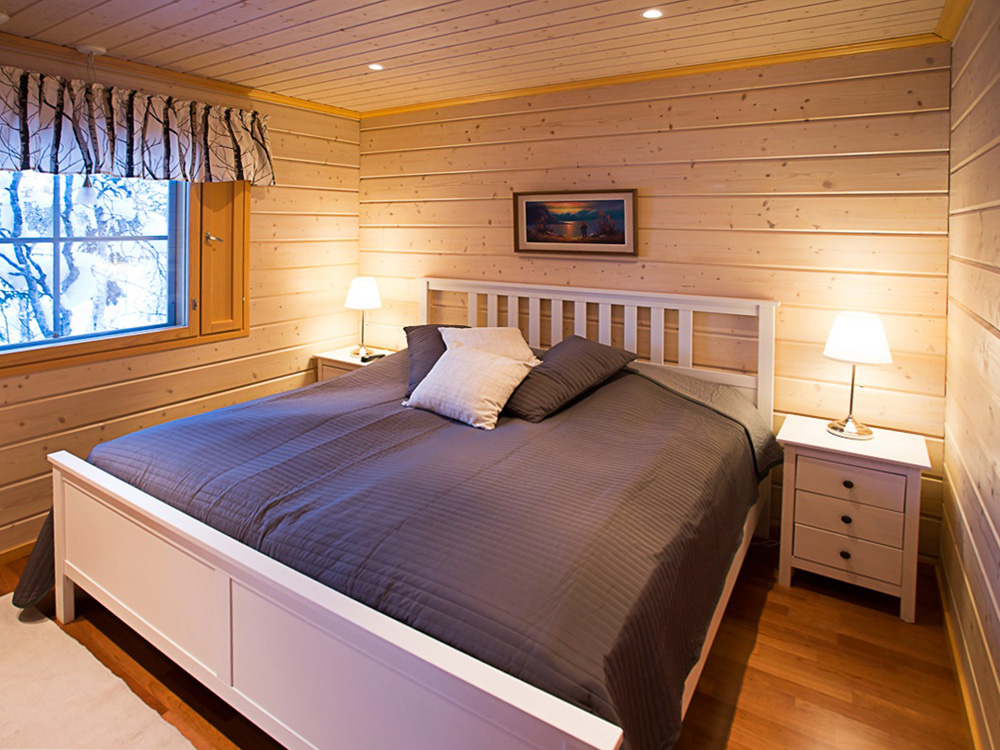 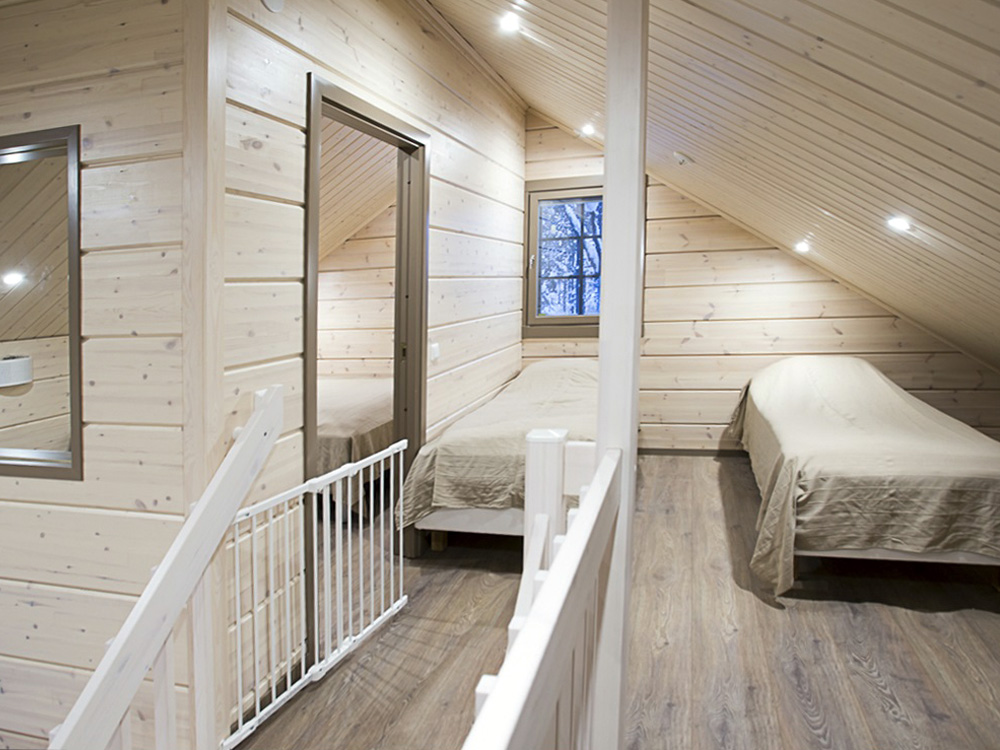 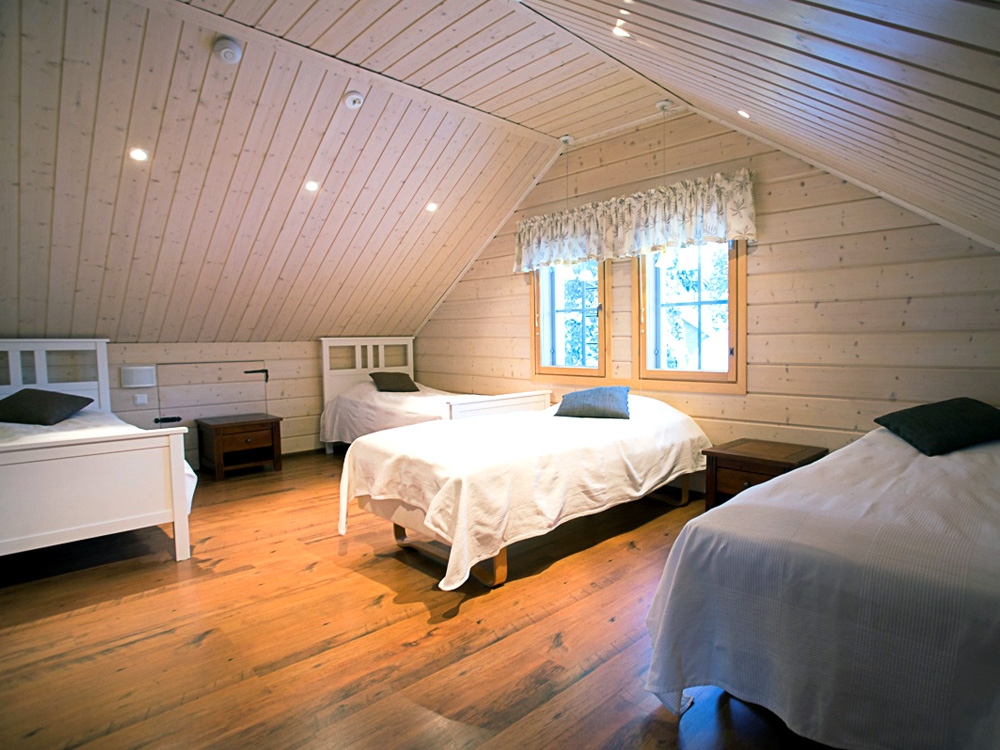 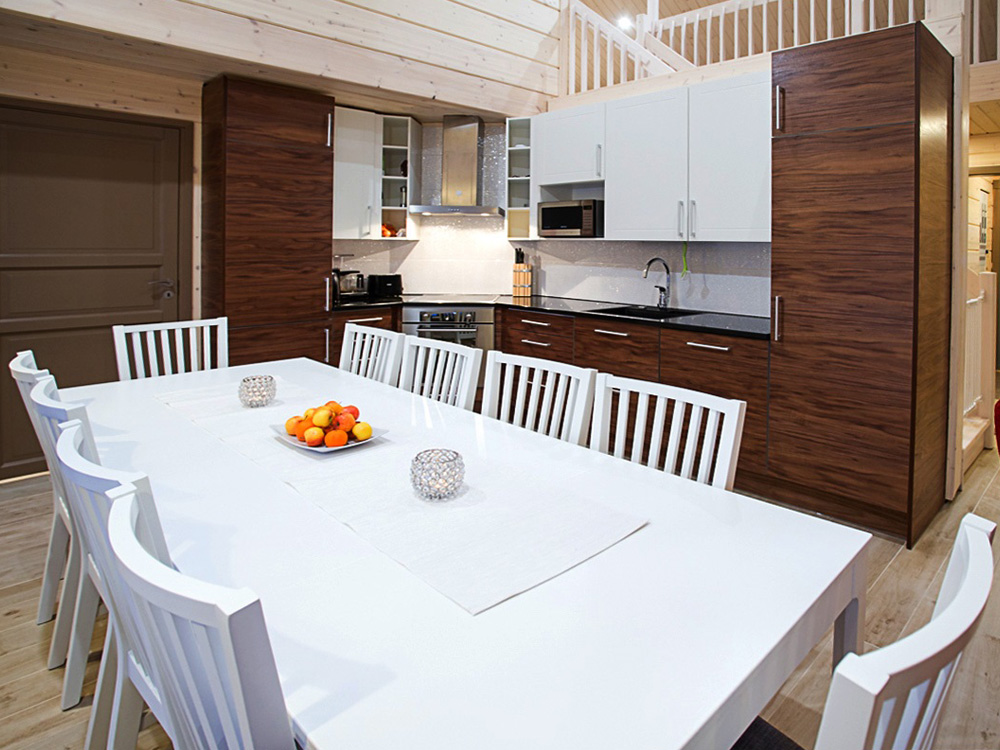 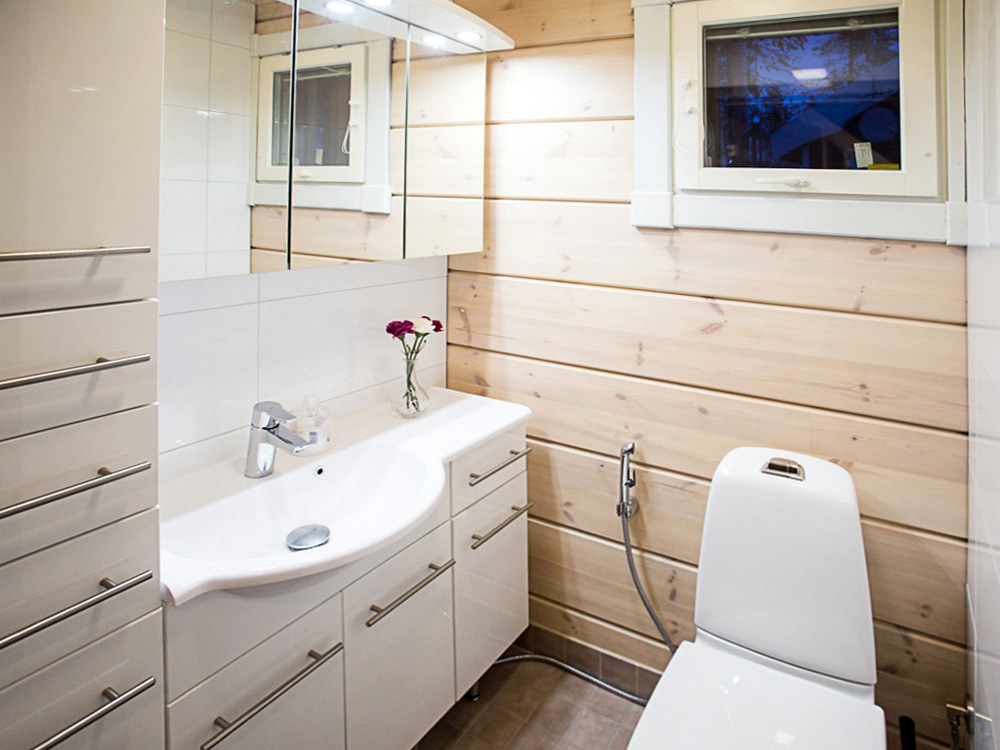 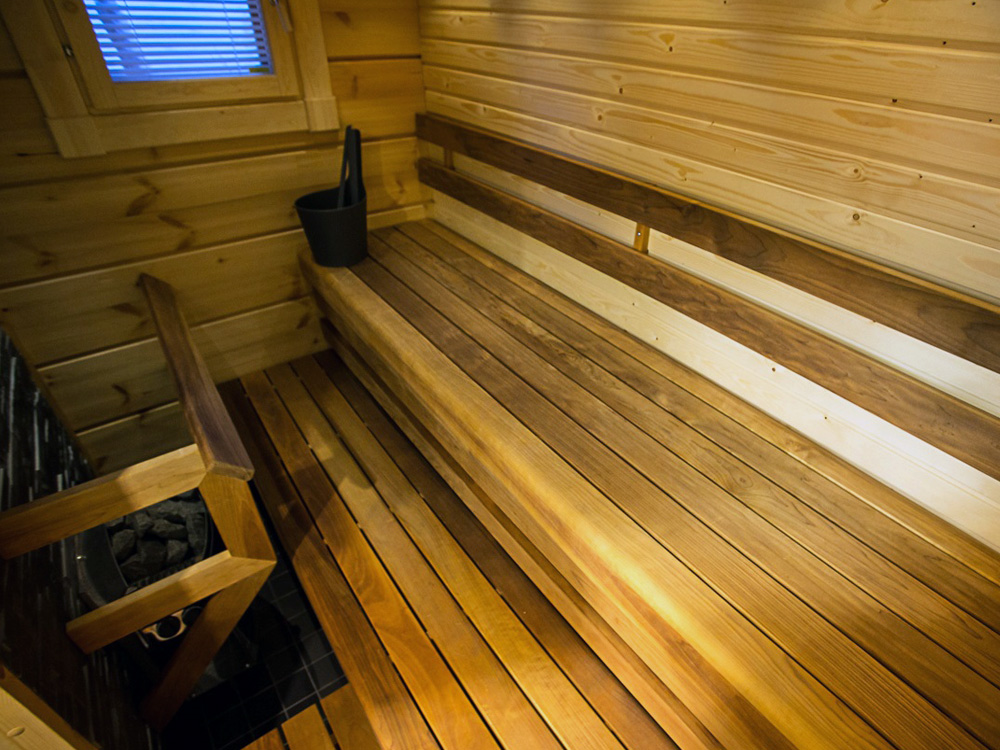